Italy's lockdown by any other name

read the news on The view from Rome 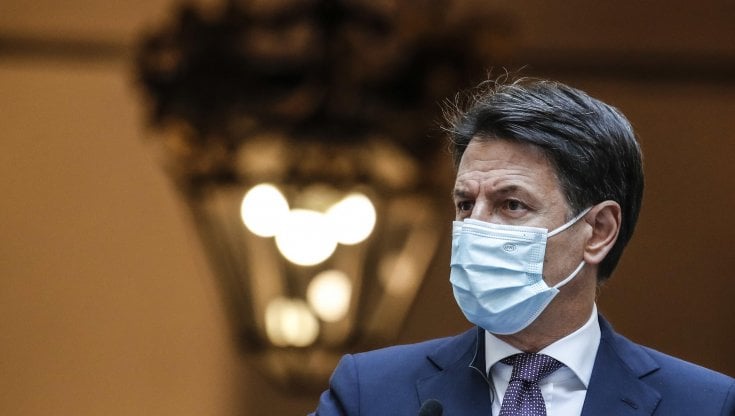 Bars, restaurants, ice cream parlours and pastry shops to close at 6pm. Cinemas, theatres, casinos, betting rooms to close completely, as well as gyms, swimming pools and spas. People being asked to stay at home except for work, study or health reasons. Travel outside one’s hometown discouraged. In most countries that would be considered a lockdown, but it is nothing like as harsh as the confinement imposed on Italians in the
spring
.

It has been clear since the beginning of October that the feared “
second wave
” had begun in Italy. Desperate to protect an economy forecast by the International Monetary Fund to shrink by over 10% in 2020, the government was insistent it would not introduce a lockdown. Instead, it gradually introduced a number of rather half-hearted measures. Masks were to be worn outside and the Regions were allowed to introduce curfews. Governors in Lombardy, Lazio and Campania signed orders closing the streets from 11pm or midnight until 5am, sparking small-scale riots in Naples and Rome but hardly impacting most people's lives.

But as the numbers grew more frightening day by day, and doctors and scientists warned of ICU units reaching saturation point and ambulances queuing outside ER in hospitals in Milan, Rome and elsewhere, the government could no longer avoid implementing more drastic measures. On Saturday 17, a record 10,925 coronavirus cases had been reported and 47 deaths. But a week later, the number of new cases had leapt further to 19,644. Even more worryingly, reported deaths had more than tripled to 151.

After a meeting with representatives from the Regions that went on well into the night, the new measures have been announced. Restaurants will be limited to deliveries or take-aways after 6pm. High schools will be expected to carry out at least 75% of lessons online. Italians are “strongly advised” not to allow anyone into their home unless for work or emergencies, and not to travel by public or private transport, except for work, study or health reasons. An expected ban on travelling between regions has not been introduced, but all travel outside one’s hometown is strongly discouraged. All amateur sports are to stop.

Just don’t call it a lockdown.

Despite being the first country after China to be hit by the pandemic and the first to get it under control, the government seems to have been caught unaware by the widely predicted second wave. Italy is still doing less
testing and tracing
than most other European countries. The promised 5,500 new ICU beds have not materialised. Nothing has been done to improve public transport. Those who have ever elbowed their way onto a rush-hour bus or train in Milan or Rome know that the idea of social distancing on public transport is a joke. Little has been done to address the fact that many schools and their pupils, particularly the poorest, are ill-equipped for distance learning.

It will be some weeks before it will be clear whether this “semi-lockdown” will flatten the curve of contagion and we’ll be able to breathe again in December, as Conte has promised, or whether it is too little too late.