The "English variant" may be an "Italian variant"

The “English variant” of the coronavirus may actually be an “Italian variant”. 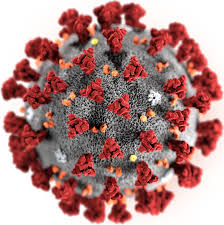 The “English variant” of the coronavirus may actually be an “Italian variant”.

A variant of the coronavirus "very similar to the infamous English variant" has been circulating in Italy since early August. Discovered in Brescia, "it precedes the variant that emerged at the end of September in the United Kingdom and then spread to Europe, including Italy. It could also be a precursor," Arnaldo Caruso, president of the Italian Society of Virology (Siv-Isv), told the
Adnkronos
news agency. "It may not have developed in the UK but they were simply able to identify it sooner."

The variant was identified by chance while observing an abnormally persistent high viral load in a patient who had suffered from Covid-19 in April. “In November, we decided to sequence the virus to try to understand and to our surprise we realized that we had identified a new variant, similar but not identical to the English variant that was also beginning to circulate in Italy. At this point we also sequenced a sample of the same patient obtained in August", discovering that the changes to the spike were already present.

“We don’t know if the English variant emerged at the end of September, as ours did at the beginning of August. A temporal analysis of the Sars-CoV-2 sequences... tells us that this new Italian variant may have been generated around the beginning of July.” The similarities between the Italian and the English variants leads the researchers to think that the former may have in fact generated the others now emerging in Europe. “But to be sure we need to reconstruct the various steps, and we need analyses of the viral genome that are not yet available."

Could the mutations make current vaccines ineffective against the Italian variant? Prof. Caruso thinks not but says we should soon know.

“The high viral load present on the swabs of the first patient identified with the new variant will allow us to try the viruses with the serums of Covid-19 patients obtained during the first wave of the pandemic and to evaluate the ability of antibodies to neutralize this variant compared to previous viral strains.... I remain optimistic.”