Concerts at the Colosseum? The truth on “those” renovation works

The announcement of upcoming renovation works at the Roman Colosseum aiming to rebuild a floor over the hypogeum has sparked much debate over the past few days. Mr. Dario Franceschini, our Secretary for Cultural Heritage and Activities, has announced a tender procedure for designing a retractable floor that will go on covering the intricate network […] 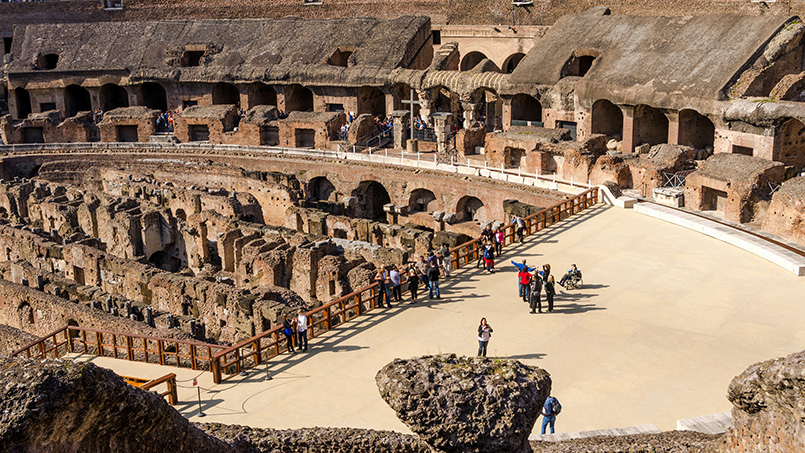 The announcement of upcoming renovation works at the Roman Colosseum aiming to rebuild a floor over the hypogeum has sparked much debate over the past few days.

Mr. Dario Franceschini, our Secretary for Cultural Heritage and Activities, has announced a tender procedure for designing a retractable floor that will go on covering the intricate network of tunnels and cages that were used in Roman times to facilitate the coming and goings of gladiators, wild animals and the logistics involved to make sure that the brutal shows at the Flavian ampitheater ran smoothly. Mr. Franceschini said that

The reconstruction of the Colosseum arena (…) will be a major technological intervention that will offer visitors the opportunity not only to see the underground, levels but also to contemplate the beauty of the Colosseum from the center of the arena.

Indeed, the tender procedure instructs the participants to design a floor that will “offer at the same time a sense of the arena floor on which the games took place and a view of the complex system of structures and mechanisms beneath it”, according to the tender instructions
over at Invitalia, Italy’s national Development Agency
(website in Italian).

The start of the works, with a funding of 18.5 million Euros, is expected by 2021, according to Mr. Franceschini, to last until 2023. In that period of time it is expected that underground tours of the Colosseum will only be partially available (or not at all).

The massive project, which will essentially go on to provide a floor that was retractable like the wooden, original one, is not only intended to protect the hypogeum brick structures, which were not supposed to be in the open to begin with.

Nor will it go on to fix the huge mistake in judgment that brought said hypogeum to light: that part of the Colosseum was only uncovered by archaeologists during the 19th century, prior to which it was relatively protected by debris and rocks that had since fallen on it. Little did they know, at the time, that pollution and prolonged exposure to the elements would have eroded part of it!

Another main reason for launching this project is to provide the Colosseum’s arena with a more permanent floor so as to have artists perform concerts, theatre plays and other cultural events there.

When Mr. Franceschini circulated the idea of having a “sturdier” floor so as to allow the performing of cultural events, critics from all over the world have expressed concerns that the Colosseum would be turned into a venue for rock concerts. This is a non-issue, though: over the past 20 years or so, several artists have already performed live in the arena.

Among others, Sir Paul McCartney played in the Colosseum in 2003, Andrea Bocelli was there in 2017 and ballet star Roberto Bolle danced on it in 2008.

Every such show was a one-off, charity event, and further appearances by other artists would be handled in a similar way, making sure a limited number of viewers is allowed in, while the new floor would avoid accidental damages to the hypogeum below. 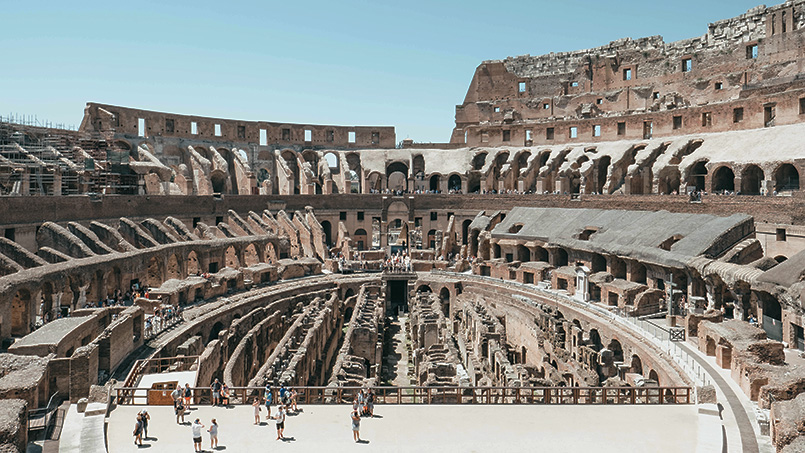 The new retractable floor for the Colosseum will be completed by 2023. Photo by Henry Paul from Unsplash.com
Finally, while every media outlet has reported on the new arena floor project, and rightly so, because of its importance, renovation works at the Colosseum are constantly ongoing. The amphitheater needs continuous maintenance, and contractors have been working even during the lockdown from last March, so as to make the most of that visitor-free window: currently, the third ring is covered in scaffolding, and there are more men at work on the area around the entrances of the Colosseum. It’s business as usual, so as to preserve this fragile wonder!

Rome to create 'Baroque-style' garden on Via Giulia