Museums reopen in Rome: five to visit at once, with no crowds

With the easing of restrictions in the Lazio region (and other areas of Italy as well) the good news is that museums in Rome and its surroundings can finally re-open, after three months of closure. This post is not intended to give you advice on the most important museums in the city: guidebooks are filled […] 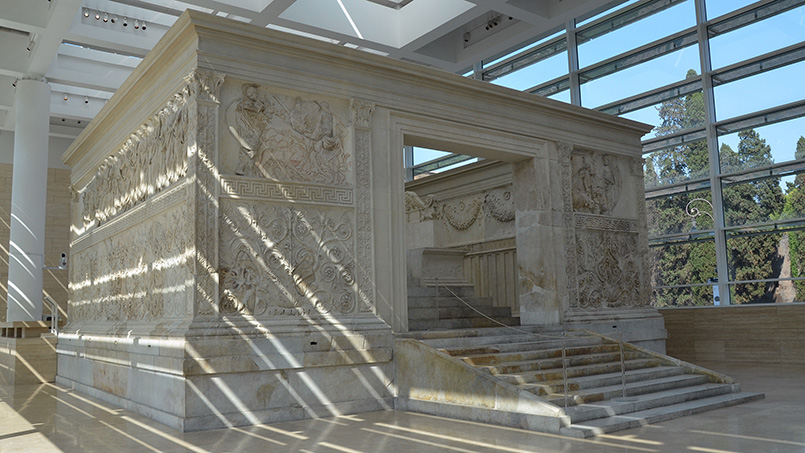 With the easing of restrictions in the Lazio region (and other areas of Italy as well) the good news is that museums in Rome and its surroundings can finally re-open, after three months of closure.

This post is not intended to give you advice on the most important museums in the city: guidebooks are filled with this kind of lists… and the Internet too!
Our approach has a more personal touch, instead: we thought about which museums we missed the most at From Home to Rome, the ones that are more people-friendly and that, even during the height of the summer season, are never crowded or overrun with masses of visitors.

As safety measures and social distancing have not ceased to be enforced, but rather must be respected as rigorously as before, we thought about five sites that are both intimate and absolutely necessary. Enjoy your visit!

The National Gallery of Ancient Art, a stone’s throw not only from the subway stop by the same name but also from some of our managed apartments such as
Avignonesi 10
or
Dormo da Lady
is charming and underrated.

After a long negotiation with the Italian Ministry of Defense, which shared some of the rooms of Palazzo Barberini, the museum can now count on larger spaces and a re-imagined collection, displaying more works that used to be in storage: this way, visitors have the sense of being in front of newly discovered pieces. And obviously some absolute masterpieces are on display, such as Raphael’s La Fornarina or Caravaggio’s Judith and Holofernes.

With the same ticket, you can also visit for free the second location of the National Gallery, at Palazzo Corsini in the Trastevere district.

Not too long ago, there were those who paid the ticket for the
National Etruscan Museum at Villa Giulia
just to admire the building that houses it, which was built among others by Michelangelo, Vignola and Giorgio Vasari. Today, thanks to the work of the museum’s director, the brilliant archaeologist Valentino Nizzo, the scales have tipped on the side of this impressive collection that tells stories and reveals secrets about one of the most fascinating civilizations to have lived in the Boot.

And for those who wish to continue exploring the area, around the corner you can also find the National Gallery of Modern Art, another gem waiting to be discovered.

Palazzo Altemps, nestled in the alleys behind Piazza Navona, is just one of the four locations of the National Roman Museum, a network that brings to life the immense legacy of ancient art in the Italian capital.

As with the National Gallery of Ancient Art, with a single ticket you can visit all the sites of the NRM, but at a lower price you can also choose just this one jewel. Although not as spectacular as the Baths of Diocletian or not home to famous works such as the Boxer at rest, it is still highly scenic (even Mozart stayed here back in the day!). And in any case, here you can admire famous sculptures such as the Ludovisi Throne. And the best part? You’re around the corner from many of the accommodations in our portfolio such as Pianellari (an example:
Pianellari 3
).

Just a few steps from Piazza Venezia this is one of the most impressive private art collections and yet it is often overlooked by the great numbers of tourists.

A visit to the Doria Pamphilj Gallery allows you not only to admire works by Caravaggio, Tintoretto, Raphael, Brueghel and many others (and we cannot fail to mention the Portrait of Innocent X by Diego Velázquez!), but also gives you a peaceful corner in an always chaotic part of Rome!

Since its reopening in 2006, the Ara Pacis has housed, and continues to do so, some exciting photography and painting temporary exhibitions, but often we tend to overlook the magnificence of the altar with its shrine designed by renowned architect Richard Meier.

Our advice, particularly to those staying in one of our vacation rentals in the immediate surroundings, such as
Passeggiata di Ripetta
or
Fontanella Borghese
, is to visit the Museum precisely because of its most imposing resident, this marble cube that has survived despite pillaging and catastrophic events. Take the time to appreciate the exquisite workmanship and decorations that have been preserved until now.