It is the new state entity founded on the basis of the juridical presuppositions which were created by the Lateran Treaty. The settlement was stipulated in the rainy morning on February 11 in 1929. Italy was represented by the chief of the government Benito Mussolini and the part of the Holy Seat was represented by the cardinal Gasparri who signed the treaty with a golden pen blessed by the pope Pious XI. After 59 years Italy and Vatican reciprocally recognized themselves to be two sovereign states and put the end to the cold war started in 1870 with the coming of the troops of the king Vittorio Emanuele II to Rome. That year the Pope barricaded himself inside the walls of the Vatican.

Vatican City is the political, juridical and administrative residence of the Holy Seat together with the religious parts of the Catholic Church. In this sense the Holy Seat considers the State of the Vatican as its "property ". The Convention dell'Aia protects the area considered to be "the cultural property of the whole world". It cannot be passed over by the planes or spied by the satellites. Its flag has colours of the crusader Buglione Goffredo, white one and yellow one. The hymn without words was composed in 1800 by the French musician Gounod.

It is the smallest state of the world as big as a golf field,less then half a square kilometer, 140 times less than the Republic of San Marino.

According to the same treaty besides the Vatican City and the Basilica of San Pietro Basilica di San Pietro the Basilichas of San Giovanni in Laterano, di Santa Maria Maggiore and of San Paolo Fuori le mura, the Lateran Palace, the Palazzo della Cancelleria, Palace of Propaganda Fide, Palace of Sant' Uffizio, the palace of Vicariato, the Hospital del Bambino Gesu and Pontif's Palace in Castel Gandolfo with the Villa Cybo and the Villa Barberini have the status of extraarea.

On the basis of the fundamental law of the Vatican City issued by the pope Pious XI on June 7, 1929, the Supreme Pontiff has the full legislative, executive and juridical power which are exercised by the relative competent organs. The State Cardinal Secretary represents the State in the international relationships. He appoints directly the special delegate who runs the Vatican City.

The State of Vatican prints its own stamps and mints its own coin that has a free circulation in the Italian State. Vatican owns its radio station and a railway station connected to the Italian railway. It also prints a daily newspaper L'Osservatore Romano,and it posseses a Swiss guard of 100 volunteers founded in 1506. It wears magnificent uniforms designed by Michelangelo.

In the interior of the City and of extraterritorial buildings the services of the Order and the police recruited apart from the Swiss guard the Surveillance Agents appointed in 1816 as Carabinieri Pontifici of the pope Pius VII. The Guardie Nobili and the Guardia Palatina have been released.

The Vatican has 1000 inhabitants and 700 million of faithful.

There are three entries to the Vatican City: the bronze gate on the right side of the San Pietro to enter to the Apostolic Palace and to the Arch of Bells, from the left of SanPietro one can come to visit the City or to go to the Palazzo del Governotorato. If one would like to enter the library, to the Vatican Printing House, to the Postal Office or to the Pharmacy there is an entrance gate from the Via di Porta Angelica.

All three entries are closed at 23.30. After this time for to come in it is necessary to ring up.

The Vatican is one of the most visited holy places of the Christendom as it presents an exceptional compendium of everything the arts have ever produced in Italy from the antiquity up- to-now. It is hardly possible to find some other place in the world where the person can't decide what is more surprising: the content with the immense treasure of art works or the container that includes the infinite sequence of architectural samples and decorates a citadel of the faith in which the Vicar of Christ lives.

There is no other complex of buildings as interesting and important as the Vatican in the world. The whole complex together with the buildings itselves without the gardens cover a surface of 55000 square metres 25000 meters of which are occupied by 20 courtyards.There are about 1400 halls,chapels and rooms.

The museums and the Papal galleries of the Vatican constitute a complex of exceptional importance for the wealth and the value of works that are gathered here and the beauty of the surroundings which they shelter. They are all suitably constructed and arranged in connection with their function.

It's necessary to note that the Sistina Chapel, the most famous chapel in the world not only because the solemn "conclaves" and the solemn ceremonies of the Holy Seat take place here but for the paintings which adorn it, particularly Michelangelo masterpieces of painting of all the times. The Italian gardens as one more work of art are worth to be noted. 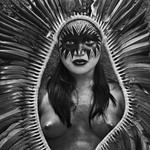