It’s nice to meet other Expats in Rome and make friendships, but keeping them is the problem.  The change over for Expats in Rome is 3 to 6 months, depending on your visa limitation and the difficulty of getting a visa makes it illegal to stay. Sadly, most expats leave and some come back! Others […]

It’s nice to meet other Expats in Rome and make friendships, but keeping them is the problem.  The change over for Expats in Rome is 3 to 6 months, depending on your visa limitation and the difficulty of getting a visa makes it illegal to stay. Sadly, most expats leave and some come back! Others get lucky and acquire citizenship or get married.  There is a small percentage of Expats in Rome that have been here +5 years.  This month we will be reaching out to them and finding out how and why! 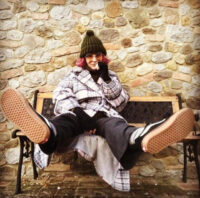 These expats have opened their own businesses, retired or also fallen in love!  Mazen & Carolyn met in Rome and now in the US, what happened to these 2 study abroad expats? We have their story here
“An Italian love story… between expatriates”.

Patrizia Di Gregorio,
our founder has been living in Rome since 2000. If you do not know her story. Get inspired by how she was deported back to Italy! (
listen to her podcast video interview).

John Henderson
retired in Rome, and has a blog about not just retiring in Rome. John has traveled to 107 countries and has written travel stories from nearly half of them. On Jan. 5, 2014 he retired after nearly 40 years as a sportswriter, the last 23 with The Denver Post, and moved to Rome.

Shirley Lawson is a perfect example of an Expat… she has to live in Italy! Shirley ONE of the first expats in Rome members! She moved from Scotland, where she’d been a successful model and a TV actress. She was a mess, like most of us so don’t feel you are alone, especially now with Covid19 restrictions making it even harder for Expats to connect!
Watch this 2 minute video
where Patrizia, Shirley and others share their feelings back in 2007. Shirley talks about how difficult it was for her to learn the language! Back then with her Scottish accent even the Americans couldn’t understand her!


Let’s talk more about Shirley, remember she is the ONE that can’t let go! She moved to Rome in 2002 where she stayed for 8 years before moving to Dubai for another 8 years. When in Dubai she wanted to move back to Rome or Italy again! She invested in property and opened
“Podere Umbro Guest Houses – Città della Pieve, Italy”
where we often organize events in the summer! The last 4 years, she has been spending half the year in Umbria and half in Dubai where she’s had her own business as a photographer
“Diva Boudoir Photography by Shirley Lawson”.
She brought Boudoir photography to the Middle East and only shoots mature women for the last 12 years! 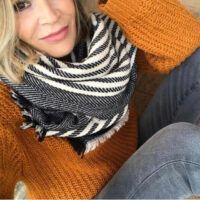 More about Shirley! She loves to travel, but not just to visit other countries but to live there and experience them in their reality and not just when you’re on vacation. So when the opportunity came to go to Rome she jumped at it. She’d been to Rome many times and loved it! Her boyfriend at the time was Italian and they’d had a 4-year long-distance relationship, Her older sister and brother both married Italians so she also spent loads of vacations there as a child. She loved the language, the food, the culture, the weather and fashion of the whole package. Her mother is Greek so the whole Mediterranean thing wasn’t new.

Was it hard living in Rome?  It’s fucking hard living in Rome… at first. And that first lasted a long time, well for me it did, it took me a good 3 or 4 years to feel I was somewhere I could actually live. I mean everything in life takes time, doesn’t it? Grief, broken heart, any kind of trauma will eventually diminish with time, so I stuck it out. I also had the added incentive of having two young kids who settled into school and Italian life almost immediately and you’re only ever as happy as your kids are, right? My special needs boy was getting all the care he could possibly get and that was a huge plus.”

You were driving on the other side of the road in your country. Were you able to drive in Rome? I’m a pretty confident driver, the kind of woman who shouts at other drivers to get a move on or rolls my eyes at women, sorry women but it is mainly you guys, who can’t park. But fuck me. Rome is a whole other ball game. It’s the Wacky Races out there! Firstly, there’s the small problem of learning to use the car on the other side and drive on the other side too. That came quickly enough for me. The most difficult part was understanding that Romans have their own rules, they follow them well, but they’re made up and belong to them only and if you’re not from Rome, you don’t know them!!! They need to be learned by trial and loads of error. Having horns blasted at you all the time and not actually knowing what you’d done wrong was so frustrating and quite frightening actually. And of course, I had to get a bike. You can’t live in Rome without driving a small motorbike around. I think I watched too many old movies and me and Audrey Hepburn were gonna be BFF’s whizzing around Rome taking in the sights together in my fantasy. The reality was that I’d never driven a bike. I didn’t even have a bicycle as a kid, so I was pretty shitty and car drivers were not patient. Dodging in and out of heavy traffic with centimeters to spare was bloody terrifying. But we don’t experience anything if we stay in our bubble of comfy, do we? But I wasn’t feeling it, and I was feeling that I might just be failing.

What did you miss from your country? I missed food! I know that sounds crazy to say when you live in Italy but Italians are soooo traditional with their food that that’s all you can have! I think times have changed since then and world cuisine is now available in Rome, but in the early years you literally had Italian food and nothing else. In restaurants, in supermarkets, it was only Italian. And as much as I love it, enough is enough and I just wanted a Mexican, Chinese or an Indian meal every now and again! I couldn’t even find ingredients to make my own at home. I’m back in Italy again now for the lockdown and it’s a tiny town, so I’m basically back to Rome 20 years ago haha, i can’t find anything to eat but Italian (laughs). God, I love to punish myself, don’t I?

Other clubs or activities you joined in Rome? I joined the English Theatre of Rome, I built and painted sets, I was an in-house photographer, I did readings for young new playwrights on balmy summer nights on the roof terrace of the theatre’s director drinking wine and eating her amazing pasta, and I thought yeah, this is ok. This is what I imagined Rome to be. I was also shooting fashion in my photography, Rome has the best backdrop scenery in the world for this! 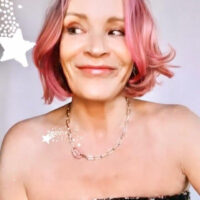 How did you make friends and connections? My first real friendships were when I found Expats in Rome group on MSN. ‘’Expats living in Rome’’ I read online, hey that’s me! It was so lovely to chat with other expats and bitch about our struggles.  Of course, being married to an Italian I didn’t have anyone to bitch to about how bloody hard it is to live there! Poor guy hadn’t a clue what my problem was. The bureaucratic system was nothing I had ever experienced, but that’s a whole other interview. But now, with E.I.R, I could message new friends and see if they wanted to grab a beer or a pizza. A whole new world, and the odd Tuesday and Saturday night, I could hop on my bike and meet up with the Expat meet ups where there were always people you knew and loads of like-minded people you didn’t know. Expats are a breed apart from normal humans. They’re ballsy and not afraid to take chances. Unless they’re expat spouses who’re just following their husband/wife around for their job, they’re a different kettle of fish. But real expats are people who’ve packed up their lives and everything they know, left their friends and family, put everything they own into storage and sent other things in crates overseas to meet them months later, all on the hunch that if nothing else happens it’s a new experience.  I really am grateful for the expat community all over the world. The personalized ones are better but they have international organizations that also offer the same more or less. The best thing is to join them and get all they offer, make connections and pick your friends that are going to live in that country for a while. 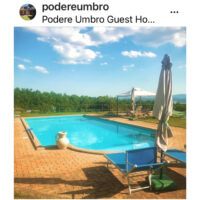 So what was really going on with learning Italian? Did you finally have a conversation or not? I eventually picked up enough Italian to get by when shopping and if they didn’t understand me, I didn’t give a fuck anymore HA! I’m fine now of course.

What about Umbria? Has to be lonely out there miles from nothing…. That, and buying the derelict farmhouse back in Umbria 4 years ago and restoring it ourselves, that’s a whole other blog too…haha! But it’s beautiful here, such a stunning part of the world and close enough to nip to other cities, including Rome!!

What about Dubai? I can’t think of a city more extreme and on the complete opposite side of the spectrum than Rome is to Dubai. But Dubai expat life is a whole other story and interview… 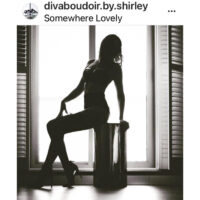 We asked Shirley to participate in
“Real Expats Stories on Wednesday January 20@21:00 on line”
only 4 max can join each story.