The subways, little trains and trains of Rome. Timetables, tickets and other information.

It would not seem that Rome has a large amount of rail lines, but it is often the proverbial laziness of us Romans that prevents the use of what we have available (ok, sometimes it is also the fault of the inefficiency of public transport).

For maps, routes and stops see the link at the bottom.

Let's start with the subways. They are managed by ATAC.
Metro A (MEA).
Almost entirely underground, except for a very short stretch between the Lepanto and Flaminio stops (to cross the Tiber). Begun in 1963, it entered service on February 16, 1980, on the Ottaviano-Anagnina section. On May 29, 1999 the Valle Aurelia-Ottaviano section entered service. On 1 January 2000 the remaining Battistini-Valle Aurelia section.
Along line A there are about 290 trips a day from each terminus.
The frequency during peak hours is a train every 3 minutes (up to 10 minutes).
It is estimated that it carries more than 450,000 passengers every day.

Rome-Civita Castellana-Viterbo.
Also known as North Rome, it connects Piazzale Flaminio with Viterbo. Opened in 1932.
In the Flaminio-Montebello section, urban service runs every 10/15 minutes. Sacrofano station is also included in the urban rate, but only the extra-urban trains stop there.
Speaking of frequency ... know that it is considered the second worst railway line in Italy (immediately after the Rome-Lido).

Finally we have the lines managed by TRENITALIA.

The abbreviation FL means "Lazio Railways".
For timetables and other information for these lines you can consult the TRENITALIA website.
Travel tickets.

Allows you to travel within the Region.
The territory is divided into 6 zones centered on Rome Capital, named with letters from A to F (zone A corresponds to the area covered by the Rome Metrebus).
The subscription amount is related to the number of zones purchased.
Trenitalia.

- TICKET € 1: to travel on the trains of the FL lines (urban routes only) Valid for 90 minutes (once the validity of the ticket expires, you can continue the journey to the first stop station).
- LEONARDO EXPRESS € 14: practical but perhaps a little expensive. 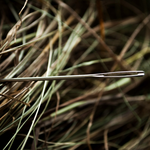 How to find the municipality, district, urban area, ASL you belong to in Rome.