The shock of finding oneself positive for Covid-19, the relief of surviving the disease and then the blow of testing positive once more. That is the nightmare a 25-year-old Roman woman is experiencing. "I started to feel ill in mid-October”, she told La Repubblica, “but the first rapid test on October 13 came back negative. […]

read the news on The view from Rome 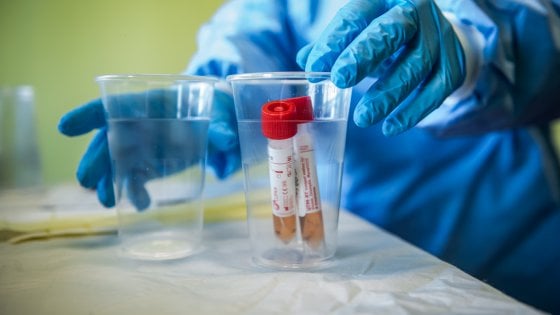 The shock of finding oneself positive for Covid-19, the relief of surviving the disease and then the blow of testing positive once more. That is the nightmare a 25-year-old Roman woman is experiencing.

"I started to feel ill in mid-October”, she told La Repubblica, “but the first rapid test on October 13 came back negative. But I still felt sick, so I had a molecular swab at the Fiumicino drive-in on October 20th and that came back positive.”

The first time, the symptoms included severe muscle pain, with fever and quite serious breathing difficulties. Nevertheless, she was treated home by the family doctor, who treated her with antibiotics, anti-inflammatories, cortisone, lactoferrin and other supplements.

On October 30, the girl had another swab at the Sant'Andrea Hospital in north Rome, which returned negative. By November 13 she felt better and had a second swab at the drive-in at Santa Maria della Pietà Hospital. She again tested negative. After a few days, she went back to work in a Roman school.

All was going well until a few days ago when the young woman's father started feeling ill. He was tested for Covid-19 and found to be positive, apparently due to an outbreak at his workplace. As a precaution, everyone in the family was tested. “I tested positive,” said the woman, who wants to remain anonymous. “I had a temperature of 38.5 and now I have muscle pain again."

The young woman’s story is similar to the cases studied by Professor Francesco Landi, who with a pool of researchers in Rome, carried out a study of those who had recovered from Covid-19, now published in the American Journal of Preventive Medicine. Out of a sample of 131 patients, 22, or 16.7%, tested positive when given a third swab two weeks after the last negative. According to Prof. Landi: "These patients have officially recovered because they have met the criteria indicated by the WHO: they have gone three consecutive days without fever and had two negative tests. Yet after two weeks they were again found to be positive. Does that mean they're still sick? No. It means that their bodies retain a residue of the virus. It isn't enough to make them ill again but they can transmit the virus to others and make them sick. In other words: these people can continue to be contagious, so they should be cautious, wear masks, keep their distance and follow precautions.”

So is the young Roman woman one of the cases Prof. Landi studied? Did she recover but was still infectious? If so, why did she feel better and then become ill again? Did she recover and become reinfected? Did she infect her father, who then reinfected her? Did she never fully recover and hasn’t had Covid-19 twice but instead had “long Covid”? There is still so much about this insidious coronavirus we don’t understand.

Delicious Romanesco pasta recipe: how to make it + serving suggestions