The first doses of the Pfizer Covid19 vaccine are due to arrive in Italy on December 26. But authorities are worried that supplies could be stolen. 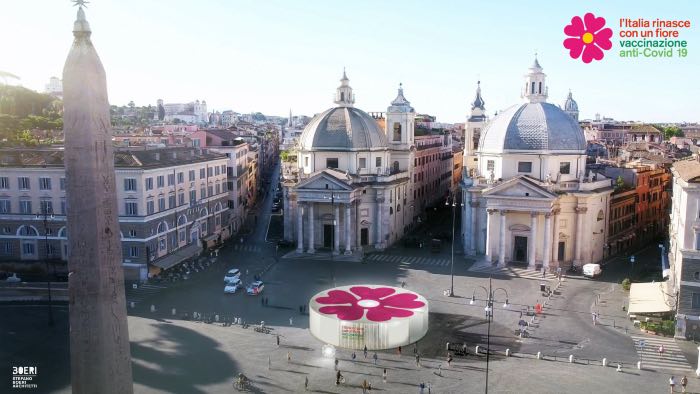 The Italian authorities are worried that supplies of Covid-19 vaccines could be stolen. On Christmas Eve, a refrigerated truck carrying the precious vials of the Pfizer vaccine will set off from Puurs, the small town in Flanders that is the company’s main European vaccine production centre, cross the Italian border and drive down the motorway to Rome and the Spallanzani hospital.

The truck is expected to arrive by 11 am on Boxing Day. But both Interpol and Italian intelligence agencies are concerned about the possible theft of this belated Christmas present. There are already signs of a black market for the vaccines, particularly in countries outside Europe where it is not yet available. At the beginning of December, Europol discovered supposed doses of the vaccine already being offered on the Deep Web. The Director of Criminalpol, Vittorio Rizzi, said that at the moment the threat was purely hypothetical but that, “the vaccine could attract criminal elements, as happened with masks.” In March, Italian police arrested two men in Brindisi for allegedly stealing 12,000 face masks. In a separate case, 110,000 masks from China bound for Italy were stolen by traffickers and diverted to the Czech Republic.

On Tuesday, the Italian Pharmaceutical Agency (AIFA) gave the green light for the use of the vaccine for everyone over 16, including the elderly, pregnant women and breastfeeding mothers. The president of AIFA, Giorgio Palù, said, "It's a vaccine with a very high safety margin, around 95 per cent”,  adding that the indications were that it also prevents contagion.

Once in Italy, the Pfizer truck – which will carry two cool boxes divided into ten trays with a total of 9,750 doses – will travel under Carabinieri escort to Rome’s Spallanzani hospital. The vaccines will then be divided into twenty packages, one for each region, and will be given to the military for transport to 20 heavily-protected sites. Military trucks will be used for regions close to Rome, while Nh-90 helicopters and C-130 planes will carry the vials to destinations of 300 kilometres or more from the capital.

The nationwide distribution will allow the whole of Italy to participate in European “Vaccine Day” on 27 December, but the event is largely symbolic: 9,750 doses will do little to halt the spread of the virus. The authorities are hoping to vaccinate around a million Italians in January, starting with the most vulnerable and the elderly. Everyone who wants to participate (vaccination will be voluntary) should be vaccinated by “next summer or autumn”, according to Covid Commissioner Domenico Arcuri. Meanwhile, on Wednesday it was announced that a case of the new variant of the virus, known in Italy as “the English variant”, had been identified in Loreto in the province of Ancona. The patient had had no contact with the UK. This variant is thought to be up to 70% more transmissible, increasing fears that the country that already has the highest Covid-19 death toll in Europe could see the situation getting considerably worse before it gets better.