Rome is for Lovers

Want to impress your one and only this Valentine’s Day? You’ve come to the…

L'articolo
Rome is for Lovers
proviene da
Where Rome
.

#editor's picks
read the news on Where Rome

Want to impress your one and only this Valentine’s Day? You’ve come to the right city, says Rome local (and hope- less romantic) Alexandra Bruzzese.

Verona may be home to a famous pair of star- crossed lovers, and Venice’s gondolas have seen their fair share of marriage proposals, but we’re smitten with Rome. Fill your day exploring hidden piazzas, brilliant panoramic views, and sipping plenty of bubbly with that someone special, and you’ll be head over heels too. 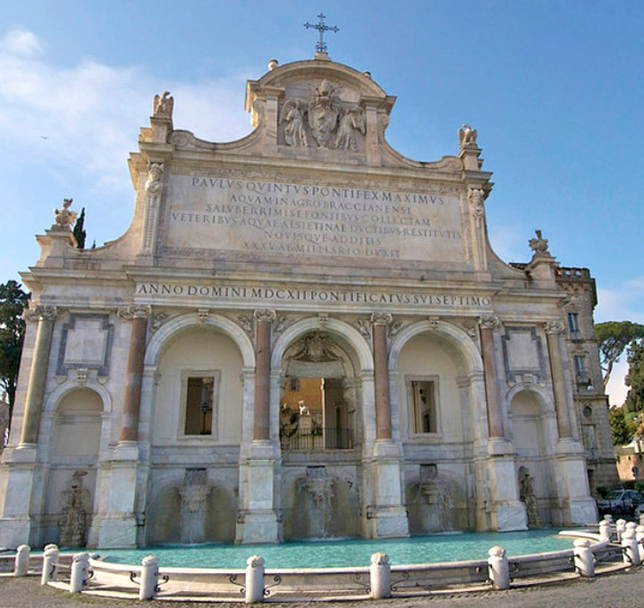 The Fontanone
We know you only have eyes for each other, but don’t miss out on taking in an idyllic sunset at the peak of one of Rome’s many hills. Perched dreamily atop the Aventine, The Orange Garden boasts citrus trees, 12th century castle walls, and lifts you far above the city’s chaos. Afterwards, take a stroll hand-in-hand to the Piazza dei Cavalieri di Malta, whose garden doors feature a charming keyhole that gives an unexpected view of St. Peter’s in miniature. The Janiculum, meanwhile, boasts a swoon-worthy backdrop to what could possibly be the most romantic moment of your life so far: think a 180-degree view of Rome’s city skyline, dazzlingly illuminated at night. Another highlight is the fontanone, found in the hill’s piazza. This magnificent, six-columned fountain marks the end of the Acqua Paola aqueduct, which once brought water from Lake Bracciano into the Capital. Its water flows from five small alcoves into a vast marble basin, producing a lush sonority. Find an empty bench nearby and whisper sweet nothings to each other. If you’re in the historic center, head to the Pincian. This hill’s balcony gifts viewers with a stunning perspective of Piazza del Popolo and the rest of the city sprawled below. Warning: May result in spontaneous bouts of PDA. If that’s not enough, check out Monte Mario Hill, the highest point in Rome. The loveliest panorama of the hill is its balcony, known as the Zodiaco. If you want to stargaze with your Valentine, this is the place – even the city’s astronomical observatory is nearby. 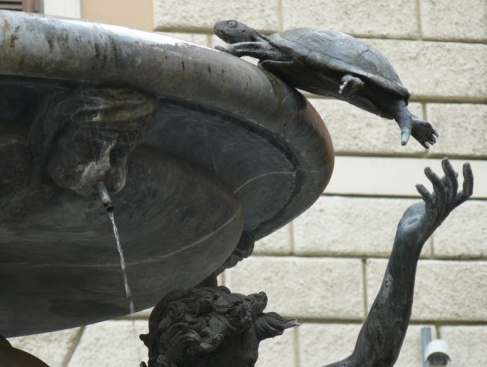 A particular of Fountain of the Turtles
Take a pre-dinner passeggiata with your sweetheart and pretend you’re lovers in a passionate Renaissance-era affair. The whimsical Fountain of the Turtles in Piazza Mattei is one of our favorite spots. Designed by Giacomo della Porta and completed by Taddeo Landini in the 1580s, this fontana is adorned with a charming quartet of bronze turtles (according to legend, it was Bernini himself who chose to add them). Arco degli Acetari is one of Rome’s little known treasures, a tiny corner of the city you’d never find on your own. Wander down Via del Pellegrino and you’ll come across a crumbling arch that leads to a quaint square called Acetari. The name derives from the popular belief that the piazza was once the haunt of merchants hawking “acqua acetosa,” water that was believed to have had healing, curative properties. Nowadays, the square is flanked by charming, old-fashioned homes in sienna, ocher, and amber, more suited to a quaint Italian village of centuries past than today’s modern metropolis. 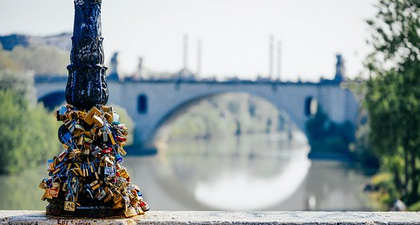 Lamppost on Ponte Milvio Bridge
At first glance, the graffitied Ponte Milvio Bridge may seem like an unlikely spot for canoodling, but for young Italians, it’s the very pinnacle of romance. Following the runaway success of author Federico Moccia’s bestseller “Ho Voglia di Te” in 2006, hundreds of lovestruck couples have followed the lead of the book’s main characters, clasping a padlock around the central lamppost of the bridge, and tossing the key into the river below as a symbol of their “unbreakable” love. In 2007, the lamp post – which at that point had become completely covered with padlocks– dramatically collapsed from all the weight and broke in half. Since then, the mayor has provided new steel posts on the bridge, which have been enthusiastically adorned with new locks. Why not add your own?

Giardino del Lago
The Giardino del Lago is a small lake in the heart of Villa Borghese that has enchanted plenty of visitors – including Goethe and Stendhal – thanks to its riveting beauty. The Giardino was commissioned at the close of the 18th-century by Marcantonio Borghese IV, who dreamt of transforming a quiet corner of the grounds into a quiet oasis. At the center of the lake looms a 17th-century temple designed in the Grecian tradition, while the surrounding English-style garden includes a collection of statues, ancient artifacts, and faux ruins. Take a walk among the centuries-old oaks, cedars, cypresses and pines of Viale dell’Aranciera, or rent a row- boat and take a romantic whirl around the lake’s waters. Yes, there are even swans. Another option is the “Garden of Eden,” Rome’s Botanical Garden. Given to the city by Tommaso Corsini in 1883, the giardino’s 11 hectares on the slope of the Janiculum Hill boast three tropical greenhouses, a Japanese garden and trees from around the world. Palms border the central path, and the garden is full of local and exotic plants grouped by species (don’t miss the Tarzan-esque liana vine, characteristic of Madagascar’s rainforests). Walk to the monumental baroque-style staircase and admire historic trees like the gingko biloba and plane trees that date back to the 15th century. Insider tip: be on the lookout for The Garden of the Modest, which contains medicinal plants, many of which were commonly used in the 1500s. A stroll further down the base of the garden reveals the Casa della Fornarina (Via di Santa Dorotea). On the right rests a 15th-century building with an oval window, which, according to legend, was the house of Margherita Luti, the muse and lover of the painter Raphael. Known as “La Fornarina” or the baker’s daughter, it’s said that she encountered Raphael as he was frescoing Villa Farnese, a short distance from the family’s bakery. The two began a passionate love a air until the artist’s death at 37, after which the grief-stricken Margherita took refuge in a convent. End your evening as a couple on a happier note with dinner at Romolo nel Giardino della Fornarina (Via di Porta Settimiana, 8), a gourmet restaurant dedicated to the legendary resident.

L'articolo
Rome is for Lovers
proviene da
Where Rome
.